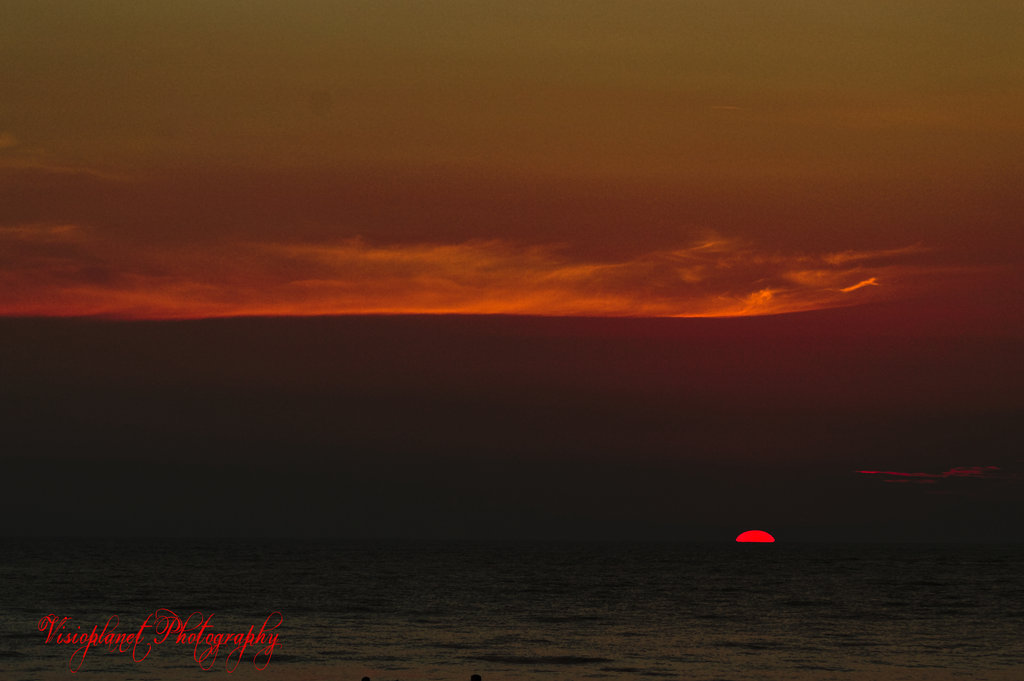 This is the sunset in the Arabian sea, I witnessed during my first visit to Goa. I went to a beach in south Goa that time – to Palolem.

Goa is on the west coast of India. On the other side of the horizon, lies the east coast of Yemen. The sea itself is the Arabian sea. To the left (like a lot further to the left), this sea meets the Indian Ocean.

Prior to this, I’d only been to the east coast beaches – Digha, Tajpur, Mandarmani and Puri. The bad part about going to the east coast was that the Sun rises above the sea (Bay of Bengal). And visiting with my friends everytime, meant that it was not possible to get up at 5 in the morning. The sunsets were not bad though, but they were setting against the trees on land.

If you watch closely, you can see two heads sticking out at the bottom. Those are people on the beach. I hadn’t noticed that before I started posting…